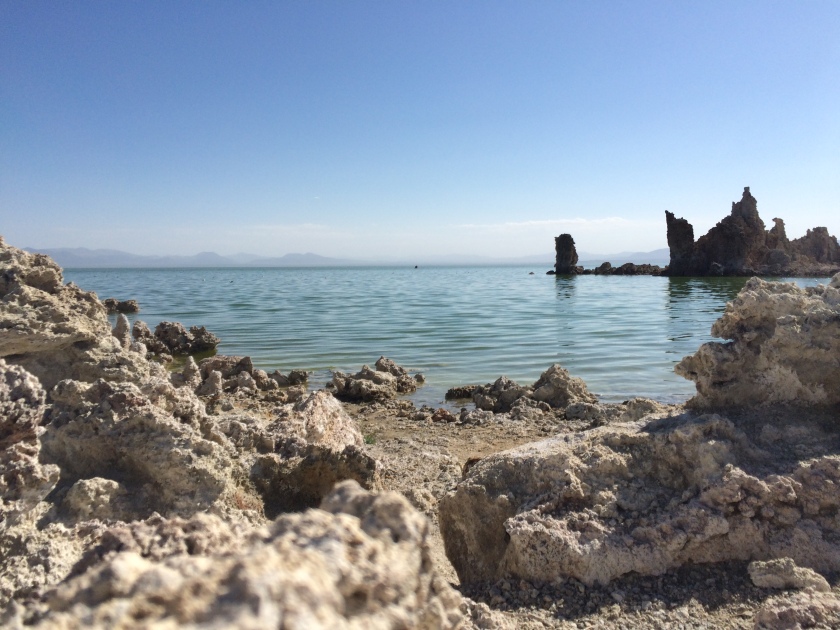 The world was wicked. They burned the ground and slowly chocked everyone and cooked everything with pillars of invisible smoke. One day, a tribe decided they must call the rain to wash the air and wash the land, so the rain came and never stopped. The water rose and rose, slowly and steadily ate the earth. At first the water was so foul, everything that touched it died. People tried to run and tried to hide but there was nowhere to go. Water became everything, drowning everywhere. Even the tribe that called the rain vanished under the water. It was many suns before the water went away.

There was a woman. When the rain first came, she took her son to a mighty mountain that was the only place that was to be spared from the water. It was in the East. When they started climbing the mountain, a landslide blocked everyone behind from following them. The woman and her young son found a hidden valley, full of animals who escaped and full of trees, flowers, and plants. Shielded by the mountain, it was untouched by all the smoke and fire and all the rain and water.

The queen of the animals was an old elephant matriarch of great wisdom. She had gathered all the animals she could find and led them to this valley before the rain. The wise elephant welcomed the woman and her son, however, the queen warned them not to climb the walls of the valley lest their human touch break the rocks and flood the valley. The woman was surprised that she could talk to the elephant. With the elephant’s help, the animals soon taught the woman and her son the ways of nature and how to speak all the animal languages so that they can survive in the valley.

Years passed and the son grew into a fine young man. He took the name Nyanm after the language of the elephants. The queen was especially fond of Nyanm. He was stronger than all the animals except bears, smarter than all except elephants, and faster than all except cheetahs. One day, while in a tree hunting for mangoes, he spotted a crack in the side of the valley. He was too young to remember the queen’s warning and being curious, he moved towards the crack. Fascinated and having never seen a cracked rock before, he reached out and traced the crack with his finger.

Suddenly a loud rumble shook the valley and threw Nyanm through the growing crack. The queen immediately knew what happened, and with tears in her eyes, she carried the woman to the cracked rock. A huge hole opened up, showing lightning and rain outside of the valley, while Nyanm laid outside in shock. Before the elephant threw the woman out to her son, she told the woman to take her son North. There they will find land to live on. Then, the walls of the valley come crumbling down, forever closing the valley.

Nyanm and his mother slowly traveled North, suffering the cold and the wet rain for many days until one day, they saw in the distance a land with blue skies and the sun. When they arrived, there was green grass all around them and a clear, blue lake with floating ice like crystal. A small hut stood by the lake. There lived a young woman named Shiwo, the sound of water. She brought them inside, fed them, and gave them clean clothes. Nyanm quickly fell in love with the young woman and they eventually became husband and wife.

Shiwo had magic and she taught Nyanm. She created animals and people, unlike any seen before, out of the lake water and mud. As soon as they come alive, they wander off in all directions, never to been seen again. Shiwo explained that the animals and the people are looking for other lands to settle as the great flood had slowly retreated. Nyanm with his knowledge of animals learned in the valley eventually helped Shiwo to make some animals that stayed. This is how Shiwo and Nyanm became the life-givers. They gave birth to the people and animals that now live here and everywhere, and so the world came to be.

As inspired by the book, African Myths of Origin by Penguin Classics.